Construction and classification of film capacitors

The internal structure of the film capacitor is mainly as follows: a metal foil (or a foil obtained by metallizing a plastic) is used as an electrode plate, and plastic is used as a dielectric. Obtained by winding or stacking process. The arrangement of foils and films is different, resulting in a variety of construction methods. Figure 1 is a typical schematic of a thin film capacitor. 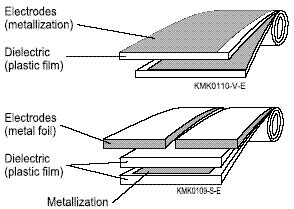 From the perspective of application characteristics, the performance of key characteristics is still due to their different dielectrics. Dielectric film DIN 41379 classifies film capacitors as follows:

From the line end: 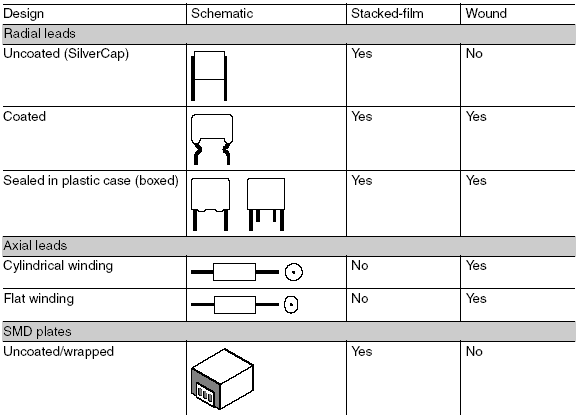