Classified by film, it can be divided into about 4 types, namely:

These types of capacitors are roughly similar in structure, similar to paper capacitors. Most of them are made of materials such as polystyrene. These types of film capacitors have the characteristics of good stability, small size, large capacity, etc., and are often used as bypass capacitors in circuits.

The film capacitor has many excellent characteristics, so it is an excellent capacitor. Its main equivalences are as follows: non-polarity, high insulation resistance, excellent frequency characteristics (wide frequency response), and low dielectric loss. Based on the above advantages, film capacitors are widely used in analog circuits. Especially in the signal cross-connection part, capacitors with good frequency characteristics and extremely low dielectric loss must be used to ensure that the signal will not be too distorted during transmission. Among all the plastic film capacitors, polypropylene (PP) capacitors and polystyrene (PS) capacitors have the most remarkable characteristics. Of course, the prices of these two types of capacitors are relatively high. However, in recent years, in order to improve the sound quality of audio equipment, the parts and materials used have become more and more advanced. Price is not the most important consideration. Therefore, in recent years, the frequency and quantity of PP capacitors and PS capacitors used in audio equipment have also increased. Higher.

Film capacitors generally refer specifically to film adjustable capacitors, which are made of multilayer aluminum sheets connected together with copper screws to make fixed sheets, and then insulated with thin films. The adjustable part is made of aluminum sheets connected together with adjustable handles as moving sheets. Then insert it into the mutually insulated stators, and use the screwing of the handle to select and change the capacitance. Generally, it is made into double, called polyester film double variable capacitor. There are many other capacitors, all of which can be equivalent to two mutually insulated metal plates with lead wires. 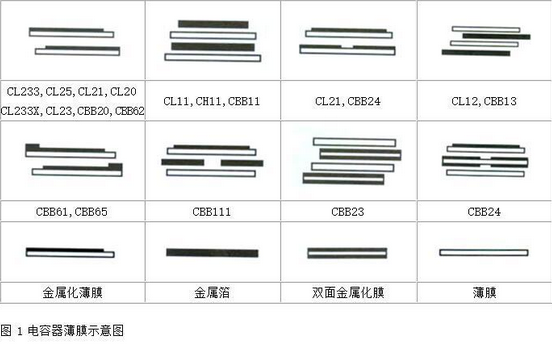