4) The loss tanδ increases greatly with the increase of frequency, so it is not suitable for high-frequency circuits.

In summary, the polypropylene capacitor is a capacitor with excellent performance and very close to idealization, so the price is relatively expensive.

Metallized film capacitor is to deposit a metal film on the surface of the polyester film instead of metal foil as an electrode. Because the thickness of the metallized film layer is much smaller than the thickness of the metal foil, the volume after winding is also larger than the volume of the metal foil capacitor Much smaller. The biggest advantage of metallized film capacitor is the "self-healing" characteristic. The so-called self-healing property is that if the thin film medium has defects at a certain point and a breakdown short circuit occurs under the action of overvoltage, the metallization layer of the breakdown point can melt and evaporate instantly under the action of the arc to form a small metal-free zone , The two pole pieces of the capacitor are re-insulated from each other and can still continue to work, thus greatly improving the reliability of the capacitor work. 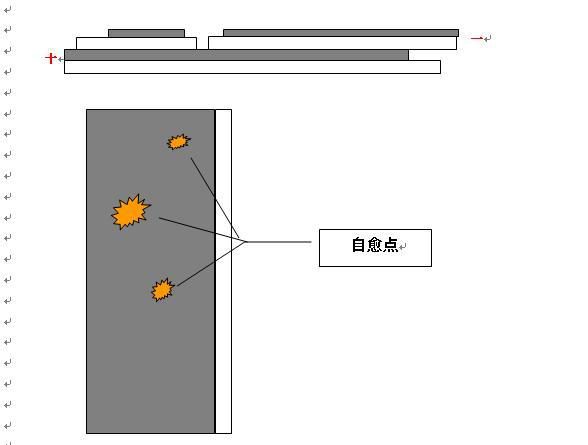 Although metallized film capacitor has the above huge advantages, compared with metal foil capacitors, it also has the following two disadvantages:

(1) The capacity stability is not as good as foil capacitors, because metallized film capacitors are prone to loss of capacity under long-term working conditions and can lead to capacity reduction after self-healing.

1) Use double-sided metallized film as electrode;

2) Increase the thickness of the metallized coating;

3) The metal welding process on the end face is improved to reduce the contact resistance.

This type of capacitor is used for the X circuit of the whole machine to suppress the electromagnetic interference of the power supply and works on the power frequency AC circuit. The capacitor does not allow failure modes such as short circuit and fire caused by abnormal power supply fluctuations. The capacitor is a low-melting aluminum-zinc metallized film on the process structure, and is encapsulated with epoxy resin and plastic shell that meet the flame retardant performance to UL94/V-0 level standards, so it can be guaranteed to have a momentary breakdown Extremely fast self-healing properties and flame retardant properties. Therefore, in the power supply interference suppression circuit, it is necessary to use AC film capacitors that have been certified by the national statutory certification agency, but not DC capacitors.

This type of capacitor structure is composed of metal foil as the electrode and metalized polyester film as the internal series connection film. This capacitor has both the high current characteristics of the aluminum foil capacitor and the self-healing characteristics of the metalized capacitor. Its series structure Equivalent to two internal capacitors in series, which is equivalent to: Therefore, the withstand voltage of the capacitor can be doubled. At present, the high-voltage polypropylene capacitor CBB81 series is such a structure, which is widely used in the line reverse circuit of TV and MONITOR.

This capacitor is an inductive film capacitor, also known as CL11.It is generally used for decoupling and coupling in occasions where the frequency is not high.

This capacitor has a very good filtering effect due to its different structure, and is widely used for frequency division on audio.