The future and market of film capacitors

With the global advocacy of low-carbon and environmental protection, green travel, and the rapid development of new energy electric vehicles, the proportion of traditional aluminum electrolytic capacitors is decreasing, and more advanced and environmentally friendly film capacitors are gradually on the stage of the times.

As basic electronic components, film capacitors are widely used in lighting, household appliances, automobiles, and solar energy, wind energy and other new energy fields. Among them, the lighting field is the main business field of most domestic manufacturers. In 2015, the market size of film capacitors for fluorescent lamp rectification alone was as high as 3.5 billion yuan, equivalent to 22% of the total global film capacitor market that year. Since 2016, as LED technology has become more and more mature, more and more fluorescent lamps have been replaced by LED light sources, and because the amount of film capacitors used in LED lamps is very small, almost all LEDs above 8W are used for lighting. The film capacitor market began to shrink.

The global film capacitor industry continues to expand, and China has begun to become a leading force. According to statistics from the Information Center of the China Electronic Components Industry Association, global film capacitor production is mainly concentrated in Europe, America, China, Japan, South Korea, Taiwan and other regions. With the rapid development of my country's economy and global procurement, the output value of my country's film capacitor market in 2017 was about 1.3 billion US dollars, accounting for about 42% of the total global market output value, ranking first in the world. 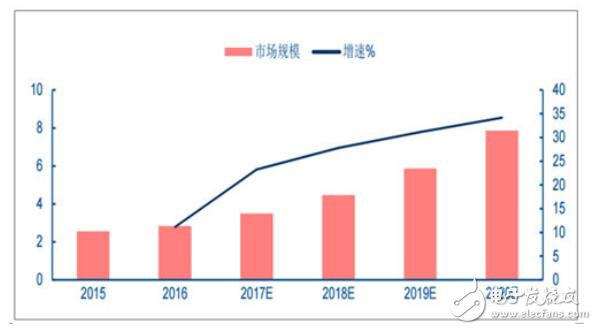 According to statistics, in 2016, the largest regional market for film capacitors in my country was Eastern China, with an output value of about 4.14 billion yuan, accounting for 48.75% of the entire market. In addition, the output value of South China and Northeast China reached 1.44 billion yuan and 1.14 billion yuan respectively. On the whole, the regional distribution of my country's film capacitor industry is very uneven. The three regions of North China, Northwest and Southwest together account for only about 11%, while the East China and South China regions together account for about 65%, and the industry concentration is relatively high.

The development prospects of film capacitors are still huge, because they have the advantages of non-polarity, high withstand voltage, wide frequency response, and good temperature characteristics. They are widely used in the field of converter circuits such as rectifiers, inverters, and inverters. Favorite.